With thanks to Caroline Williams and Kidneys for Life for giving us permission to share Caroline’s story.

It was 2006, not too long after my 29th birthday.  I had been feeling tired for some time and suffering from frequent headaches, I just put this down to my busy social calendar and too many late nights.I’d get tired in work before lunchtime even though I’d had a good night’s sleep.  I remember a friend of mine had a similar issue with tiredness and visited her GP for a blood test, the results showed that she was slightly anaemic and was prescribed a short course of iron tablets. It crossed my mind that maybe I was the same, I’d never had a blood test so I decided to arrange to have one at my local GP. A week later I arrived for my appointment and the nurse took my blood, she told me to call in three days for the results.

After two days, I received a phone call at work from my GP, she asked if I could call to the surgery for repeat bloods again that day and explained that my blood results had shown that my kidneys were functioning at only 29% and that the first test could have been inaccurate, this was the reason for repeating it.  I felt shocked and worried as I wasn’t sure what this meant, the only thing I knew about kidneys at that point was that they cleaned your blood, nothing else. My bloods were taken again and my GP said she would contact me as soon as the results were back.

The next day I received a call from the surgery, it was my GP again sounding even more concerned than the first time, she said that the kidney function test had come back the same and that I needed to go to hospital as soon as possible. I contacted my boyfriend and my family and they met me at my local hospital.  We were all worried, anxious and confused as I had never suffered with health problems previously and there was no history of any kidney related problems in the family.

I met with a doctor who told me that I was going to be admitted to a ward so that further tests could be carried out, these included a blood pressure monitor, an ultrasound scan of my kidneys and a kidney biopsy, this would help to establish the cause of my low kidney function.  My bloods were taken again and an appointment was made for me to attend the kidney clinic at the hospital the following day.

I saw a kidney specialist who explained that he was very concerned as a 29 year old woman should not have a kidney function of just 29%, he explained that my blood pressure readings had been consistently high from the last 24 hour monitored readings, he also explained that the ultrasound scan would go ahead that day and that a kidney biopsy would be arranged at Salford Royal Hospital. I felt like my head was spinning with the amount of information that was being given to me, within a few days I’d gone from living a normal life to having it turned upside down.

I had the ultrasound scan but this showed no kidney abnormalities, they were normal size and looked like big white balloons on the ultrasound screen which was normal, this was reassuring for us all but the Dr advised me that there had to be underlying reason as to why my kidney function was so low, and that the biopsy would give them the answer.  The Dr explained that the likely reasons would be due to an acute or chronic kidney problem. I was discharged from my local hospital and admitted to Salford Royal renal ward for the biopsy procedure.

The biopsy went ahead and the results came back the following day, it wasn’t good news.  The results had shown significant scarring damage to my kidneys which was caused by the kidney disease IGA Nephropathy, they also said that it was likely that my blood pressure had been raised for quite some time which had also caused damage to my kidneys.  The consultant explained to me that high blood pressure is a side effect of kidney disease along with extreme fatigue.  I had no idea my blood pressure was high, however, this was the most probable cause of the headaches I’d been suffering.

I was so upset as I didn’t know what this meant, was there a cure? Would medication stop the disease from damaging my kidneys further? These were the questions I asked the kidney doctors.

My boyfriend, family and I met with one of the specialist kidney doctors at Salford Royal, the answers to my questions were not what we were expecting, they told us that there was no cure for kidney disease and the only thing they could do was slow the progression of the disease down by lowering my blood pressure, they explained that due to my age, my kidneys would not last for the rest of my life and would eventually fail completely, only a kidney transplant could save me.  This was absolutely devastating, none of us could make sense of what had just been said, it took days to sink in and was a real upsetting and difficult time for all of us.

In September 2006, after my kidney function had deteriorated further down to 15%, I was put onto the transplant list and was about to start attending pre-dialysis clinics at Salford Royal and Manchester Royal Infirmary.

Luckily and thankfully, the need for dialysis didn’t come as in January 2008 I received the call I was so desperate for, the call was from Manchester Royal Infirmary, informing me that a new kidney had become available.  It was such an emotional time as the gift of life had been given to me by a truly amazing human being, a complete stranger who I had never even met, a true hero who had made the selfless decision to help me and others and give me my life back after they had lived theirs.

My transplant went ahead and I was looked after by the wonderful transplant team at Manchester Royal Infirmary. The staff are just superhuman beings and I will never be able to express my gratitude and thankfulness for what they did for me. 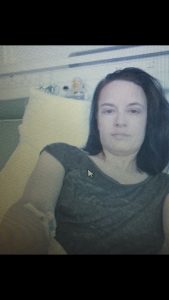 Unfortunately, my transplanted kidney failed in October 2014, I was placed back on the transplant list and began dialysis training.  The training was provided by the amazing renal team at Salford Royal, I chose peritoneal dialysis treatment at home as this helped me to remain independent and for me this was extremely important for my own wellbeing and state of mind, this type of dialysis would also enable me to still work and I wanted to continue with some kind of “normal” daily routine. I began dialysis treatment at the end of October 2014.

The dialysis nurses at Salford Royal came to see me at home on a regular basis to provide support and I knew I could contact the team anytime for anything and they would always be there for me, I will always be grateful to the teams at Salford Royal and Manchester Royal Infirmary for everything they have and continue to do for me.

By April 2016, I had been on peritoneal dialysis for 18 months and I was really starting to struggle with it, I was having various problems with blood pressure control and the build-up of fluids, the peritoneal tube in my tummy had turned itself around which required surgery to put right and my medication list was growing all the time.  I had to reduce my hours at work as I felt like a walking zombie most of the time due to the extreme tiredness that comes with kidney failure.  I felt so lucky to have such a loving boyfriend, family and friends that were there to support me through what was a real tough part of my life for all of us. They were all so positive and hopeful which really helped me.

Due to the various problems, the team at Salford and I had an in-depth conversation about my future treatment and we decided that haemodialysis would be more effective for me personally, I therefore underwent fistula surgery at Manchester Royal in preparation for it.

In May 2016, days from beginning haemodialysis, I received the call I was again so desperate for, a call to tell me that a new kidney had become available.

My boyfriend, my family and I rushed to the MRI in the hope that I would be lucky and extremely fortunate enough to receive this amazing gift of life which again would make me well again and completely turn my life around.

I am so delighted to say that the transplant did go ahead and was successful.  A couple of days after the transplant I started to feel great, all the tiredness had miraculously disappeared and I suddenly felt like I had energy again, my blood results were improving day by day, life felt fantastic again. My kidney function was 3% when I was on dialysis and by the time I’d left hospital, 6 days after my transplant, it was 78% and rising, it was unbelievable.

My precious gift of life is still going strong and this new life given to by a beautiful stranger has enabled me to experience so many wonderful things. I will never, ever forget my two truly, truly amazing donors and their wonderful families for giving me the gift of life, not just once but twice. There are no words that can express my gratitude or how your precious gift changed not just my life but the lives of my loved ones too. I will carry you both in my heart always. 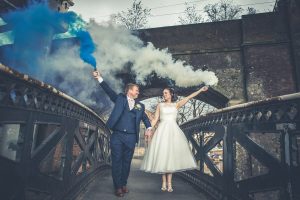 In March this year I married long term boyfriend, my soul mate and my rock, Chris, who has supported me from the start of my kidney disease journey in 2006, there have been some real tough times but we have overcome them by remaining as positive as possible and with the support of my amazing and loving family and friends, positivity and hope is the key to getting through the tough times.

We try and live life to the full as life really is too short.  Kidney failure made me realise that we should live for the moment and not take anything for granted.

I appreciate the small things in life like simply waking up in the morning and feeling well, the sun shining, the birds singing. We should never underestimate the huge and important job our kidneys do to keep us feeling well, they are wonderful organs and should be cherished.

I have been a supporter of the charity Kidneys For Life for as long as I can remember and I make a monthly direct debit donation to the charity.  I live in the hope that mine and others’ donations and support will help to ensure that valuable research into kidney diseases like mine, transplantation and dialysis equipment will continue and that one day precious and invaluable transplanted Kidneys will be for life and change lives for the better.

I cannot thank the renal teams at Salford Royal Hospital and Manchester Royal Infirmary enough for the outstanding care, support and research you have and continue to provide to help kidney patients like me.