When you live with serious, chronic health conditions, the reality is that sometimes it feels like you are walking a tightrope between life and death. Most of us try not to think about it too much but the more involved you are in the medical world the clearer it becomes. Whether it’s hearing about people on your dialysis shift who have passed away or learning that other patients that you have mentored have gone or seeing regular death posts on social media support groups, the fact is that humans are delicate and those of us with health conditions even more so. 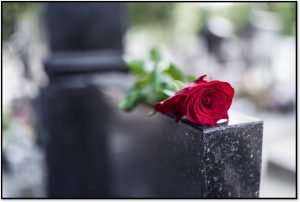 This is something we live with on a daily basis. Not really thought about but kind of an unsaid understanding. There is very little we can do about it other than to try to follow medication and diet regimes as closely as possible. However, this becomes a huge problem when we begin to have problems with our mental health.

Over the last 9 months, there have been several periods of time where I just didn’t want to live anymore. I have had depression on and off since the age of 13 and whilst the majority of the time it is reasonably well controlled, occasionally it kicks my arse. To be honest, these last 9 months have been hell. As well as depression I have trouble with anxiety, OCD and something else that hasn’t quite been figured out yet. In my experience depression and other mental health issues are far harder to deal with than any physical illness I’ve had.

Mental health issues are different because of one major fact, they change the way you think

Your brain isn’t yours any more, your thoughts aren’t accuracy, your judgement is way off. Depression makes otherwise perfectly healthy people take their own lives.

When you have serious physical health issue with depression added in there comes a serious issue.

Over the past 9 months there were times when I didn’t want to be alive. My brain was telling me the world would be a better place if I wasn’t in it and even though I tried to tell myself that these weren’t my thoughts but instead the trickery of depression, it didn’t matter. I believed them. For someone healthy to end their life they have to chose to take an action to do so. For those of us with physical health issues it’s much more simple. We have to take action to keep us alive. We have to take meds, we have to go to dialysis, we have to follow diet advice. To kill ourselves we don’t need to take action, we simply need to stop.

At a time when depression has taken away our motivation, self confidence and self belief, we still have to actively try to stay alive. And it’s a vicious cycle.

As my mental health deteriorated I was less able to face doing things. Every time I couldn’t do something my head told me I had let people down which reinforced the belief that I was worthless which made me feel even worse. Every opportunity that slipped away highlighted the fact that I was costing the NHS a hell of a lot of money and not giving anything back. It got to the point where I was so desperate to keep up with my commitments that I would be physically sick and unable to sleep before any of them. And trying to keep up with my commitments meant that I didn’t have the energy and couldn’t face anything else. I started seeing my family less because I didn’t have the energy and this became yet another stick to beat myself with.

Not only was I costing the NHS a fortune and letting people down, I was a shit daughter, sister and auntie as well.

The thing is that when you are in that state of mind you only see the bad. Everyone has heard of rose tinted spectacles, well depression gives you doom and gloom vision.

I was worthless. A burden. A drain on society.

This is the worst thing about mental health issues. They isolate you at a time when you need others more than ever before.

Thankfully I am now pulling myself out of it. I’m not back to myself yet but I have started to get more perspective. I’ve learnt that you can lose your life without dying. I’ve learnt that even when you have years of experience in dealing with mental health issues, it can still catch you unawares. I’ve learnt that I need to get my vitamin D level checked every October and if it is low, to make treating it a priority as this was definitely part of why I felt so low.

The most important thing of all though is that I’ve learnt that I must TALK to people. If you have been feeling low for a few weeks seek help. Whether it’s your GP, the Samaritans (they aren’t just for suicidal people, it’s for anyone who is struggling), Kidney Care UK’s free counselling service, your friends or family or your medical teams, TELL SOMEONE. This is so important because if it gets worse you may lose the ability to speak out.

If you are going through this right now, please seek help

Know that these feelings won’t last forever, that the thoughts in your head may not be true and that ending your life only passes your pain on to those who love you.

Hold on in there, it gets better, I promise.

One thought on “Dying without dying”