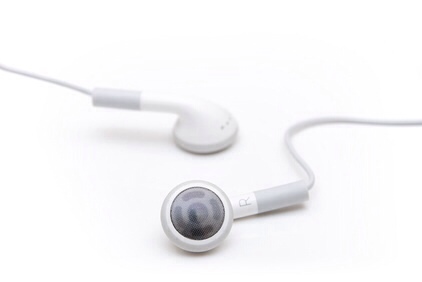 A couple of weeks ago I posted a suggestion on the GMKIN Facebook group that if people were interested in writing a blog it didn’t have to be about kidney disease, in fact it could be about anything, perhaps their top ten movies. Well I’ve taken my own advice in part and this blog is about the emotional links particular songs have to important events in our lives. So my blog is going to be different in that respect but I’m going to stick to songs that are linked to key events in my life with kidney disease.

Music has always been a part of my life despite my poor singing voice 😉 and I can often recall specific events and the emotions they created simply by hearing a song. Most of us will have an ‘our song’ that we share with our partners that recalls the time you first met: the song that Audrey and I call our own is the instrumental version of Hoagy Carmichael’s ‘Skylark’ by the eighties ‘supergroup’ Sky. 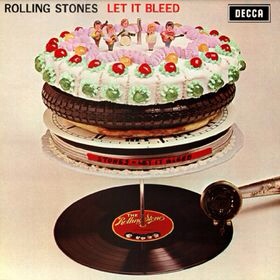 When I was first diagnosed with Polycystic Kidney Disease (PKD) it came as a huge shock, not because I wasn’t aware it ran in my family, rather I’d been told I couldn’t get it. Up to that point in my life, apart from the usual childhood diseases, I’d never been ill, no broken bones, nothing. Which brings me to my first song which summed up my probably flawed thought processes at the time. I’d been listening to the song for many years and it had always been a favourite but it seemed to develop a special resonance at that time. It hinted that although things might be bad there was always an element of hope. The song is from, in my opinion, the best Rolling Stones album ‘Let it Bleed’ and is called “You Can’t Always Get What You Want”. As an aside, the cake featured on the front cover was baked by a very young Delia Smith. Not many people know that!

Blur fans may be disappointed but song two isn’t ‘Song 2″. Woo hoo! My wife and son both helped me through home haemodialysis and they then had to watch me go into hospital for my transplant. On their frequent journeys to MRI to visit me on ward 10 my son would cue up a playlist that included my next song which, for my wife especially, summed up the previous years of pain and the post-op worry and discomfort. I was amazed when earlier this year Lisa Barker (@livelifelisa) chose the same song to accompany her video in support of World Kidney Day 2014.

Song three is from that same playlist and gave my wife some hope that following my transplant we’d get the chance to enjoy life again away from the tiredness, pain and demands of dialysis.

Song four is for my son. I have passed on PKD to my son who has handled the knowledge of his condition and the likely outcome in a far more mature manner than I did. Like my wife, he was always there for me, helping me through the hours of dialysis, understanding when illness prevented me from doing the things that fathers do with their sons, all of the things we used to do. He has always been a big Foo Fighters fan and this song was always one of his favourites. I’ve chosen it because he was and remains ‘My Hero’. Personally my favourite Foo Fighter’s track was always “Monkey Wrench”.

While I was dialysing, and I suppose I’m no different to anyone else with a serious chronic illness, I often considered the prospect of dying. The thought of death didn’t trouble me but it certainly was thrown into very sharp focus as I was prepped for transplant surgery. Song five isn’t necessarily about death but it can be interpreted that way and I’ve always been struck by the mournful beauty of the Grimethorpe Colliery Brass Band’s playing on this particular track. The song writer, Roy Harper, has his own problems at present but I’ve always been a fan of his poetic lyrics.

My final song is indicative of my more stable health situation and the re-emergence of my largely romantic outlook. I feel much happier about my life at the moment due in no small part to my involvement with GMKIN so there is a hint of irony choosing a song by Leonard Cohen who has a reputation in some quarters for rather miserable songs.

The odd thing about choosing a selection of songs is that they’ll probably be different next time.

Posted by Rob Finnigan via Blogsy

2 thoughts on “Emotions and music”