My name is Philip Hardy, born in 1947. I’m a semi-retired print engineer originally from Denton in Manchester. I hope this may be of interest to you and your team, also for any patient who has had a similar condition. 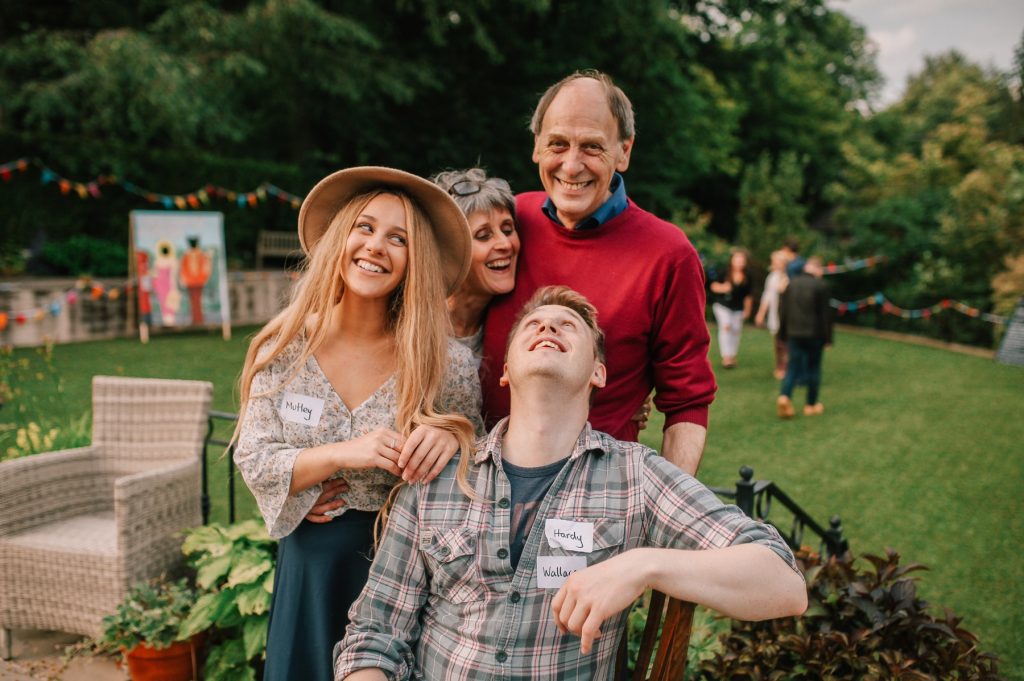 In May 2018 I became tired and lost appetite, I had no pain but even the smallest things became hard work, eventually my wife suggested a visit to the doctor, throughout my 70+ years I had never met my doctor so this was not something on my list of priorities! She made me an appointment which unfortunately was almost 3 weeks to wait. I still felt really bad, a bit like having flu without the sneezing and I thought it was time for action. The next day I made an appointment at a Nuffield Health Screening for a check-up. Their report dated 13 June 2018 indicated a creatinine level of 136 and a trace of blood in my urine, otherwise everything else was within normal reference range. At the time and without any medical knowledge, I was not concerned, considered it not serious and thought a few days further rest would sort it out. A week later the Doctor’s appointment was due and he having read the Nuffield report, suggested an appointment with the Urology department at Stepping Hill Hospital.

The Urologist was really helpful, took blood and urine tests and read eGFR of 38, she suggested I immediately go to the A&E for further examination. After waiting for hours and having a brief discussion with a Doctor which resolved nothing I went home. A few days later I received a letter from the Hospital to attend an ultrasound scan on kidneys and bladder. I was informed that all was normal. A few days later, I was asked to attend a CT scan for Thorax, Abdomen and Pelvis on the 5th July 2018. The oral mixture of water and Omnipaque did not agree with me, I was feeling desperately tired and now, downright ill. I could taste the mixture in the following days, also my feet and legs had started to swell. Unable to fit in my shoes, we concluded something serious was going on, several days later I was told that as a result of the CT scan that I had no cancer. I was then taken by my worried family into Stepping Hill Hospital on a drip with Amoxicillin infusions where I stayed in a dementia ward for three days and nights which was horrendous, self-discharging myself on the 10th of July 2018.

My GP rang with blood results, my creatinine now at 290, eGFR at 19, Potassium 6. The GP insisted I go back to A&E immediately. Unwilling to return to Stepping Hill and my family having now worked out this was a kidney problem, John, my son, suggested Salford Royal. What a difference, we all arrived on Saturday morning 14 July 2018 at A&E, I was seen immediately and stabilised, taken into H3 and the amazing Drs New and Poulikakos diagnosed me as MPO ANCA associated Vasculitis with dialysis dependant AKI. What! Never heard of it, what caused that!

Soon I was taking tablet medication, steroids, antibiotics etc, around 15 tablets a day, soon to get worse. It was necessary to include seven plasma exchanges and a course of 6 cyclophosphamide infusions over 3-4 months. This entailed having an emergency line fitted which was introduced into my groin. After a walk round the ward a few days later it burst in the reception area, the staff on H3 appeared from nowhere, carried me back to the ward on a chair holding my leg so tight it was black for a fortnight! These people are superb at their job. I commenced the Cyclops regime 18 July, and it was decided to start dialysis as well, meantime Dr New installed a tunnel line in my chest – it was holiday time and really busy, so the man just did it himself! Quite amazing.

My family were constantly with me, without that I doubt I would have remained alive for the next few weeks. It was the hardest time of my life, feeling really ill, horrendous diarrhoea every day, trying to understand what the treatment entailed and desperate for unbroken sleep. Eventually, I was allowed a push around in a wheelchair which improved to a walk, which further improved to joy of joys a night home! In due course I became an outpatient, travelling the long road from Derbyshire to Salford, three times per week, then twice a week, the summer had seemingly been good but now it was wet, cold and dark. It was hard leaving Salford around 6.30 to 7.30 in the evening and arriving home really exhausted around 8.30 to 9.30. The following day I was shattered and unable to do anything objective. The day after was better and I tried to work, a couple of hours first and then some more, then dialysis again and the sequence repeats.

PatientView is a revelation, it took some time to get started but it really helped, without much kidney function I have to watch my own blood chemistry and with the support of the Hospital Nutritionists I have been able to balance my food and drink. Regular blood tests showed an increase or decrease in my intake behaviour against target levels. Superb system.

I had a clinic meeting with Dr Poulikakos discussing the Vasculitis treatment explaining that the oral drink with the CT scan had, in my opinion, caused or contributed to the collapse of my kidneys. He was very strongly of the opinion that that was not the case and maintained this was caused by Vasculitis and the timing was totally coincidental. I have to accept this, but I will always have a nagging doubt that to fall from eGFR 38 on the 5th July (scan day) to eGFR 9 on the 20th July, to me, it will always be in doubt. My fistula was created in the November and subsequently I had to have the vein opened with a balloon, again the dye was necessary. The operation had to be done and I was really concerned, asking the opinion of all the Doctors, that my eGFR would collapse again and yes it did; from 13 on the 4th of February to 9 on the 7th of February. Thankfully, it quickly rose again but the difference I believe, was the dialysis afterwards cleaning my system which of course was not available in the July.

I cannot believe the support I have been offered at Salford, you really have a wonderful team, and you all should be very proud of this achievement, I am sure you have days when it all goes pear shaped, but from a patient perspective I am just so thankful to have had this facility that everything else is insignificant.

My thanks to you all, your dedicated staff who I will never forget, the on call friendly Doctors and the really wonderful care of Rosie Donne. Details taken from memory, notes I took at the time (I always had diary notes) and also referenced by my incredibly supportive family.

We have now moved on to Altrincham Hospital, 3 times a week, start at 7.00 am in the training room! I’m learning more each day from the wonderful nurses, still my wife is at my side. Without her support I doubt I would have survived at all, she somehow kept me motivated and now together we are learning the intricacies of lining a Fresenius machine, the bookwork, the needling and the many subtle talents needed to carry out this task.

I hope this story of a crash lander can be of use to the Hospital, and although I have a long road ahead, you all saved my life and I cannot thank you enough Should someone else suddenly find themselves in this position, please pass this on, just maybe it may give them hope for the future.

One thought on “Phil Hardy’s Story”